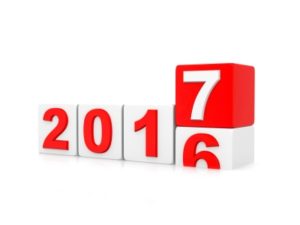 This year I plan to pick up my revising pace and have it ready for final editing by May, then I’ll start revising the short story collection. That’s going to be finished by July. The 2nd half of the year will be used to get book covers, then finally, publishing.

With my blog, I posted 13 articles last year. Disappointingly, only one was a guest post. Interestingly, two came from other writers wanting to guest post on my site.

I plan on doing 12 posts this year, but other than some book reviews, I won’t do any guest posting until my debut novel is published. This will give me time to focus on my writing.

And in an unforeseen turn of events, my short story contribution to the Facebook writing group Skywriters has made me an official author, complete with an Amazon and Goodreads author page. More on that in the next post.

I like to read to keep my writing sharp, but last year I didn’t read as much as I wanted to, only completing six novels.

Here are the books I consumed:

The Last Mortal Bond (Chronicle of the Unhewn Thrown #1): After the assassination of a mighty Emperor, his children Kaden, Valyn, and Adare realise that their lives are also in danger. Trying to solve his murder turns into a race to survive. Great start to the trilogy.

The Providence of Fire (Chronicle of the Unhewn Thrown #2): The assassin has revealed himself as man’s ancient enemy, and is all but untouchable. Adare flees for her life while Valyn tries to protect Kaden from one of the empire’s deadliest warriors. Another great entry.

The Emperor’s Blades (Chronicle of the Unhewn Thrown #3): Gods and immortals clash as Kaden and Adare struggle to save their empire from war and destruction. Valyn is now a broken mess but soon realizes he must return to civilisation. Excellent conclusion.

Space Wolf (the Space Wolves #1): Ragnar, a young Fenrisian warrior, is initiated into the Space Wolves, the Imperium’s most elite marines. Great descriptions but lags a bit in the middle. Feels like it needed another edit.

Ragnar’s Claw (the Space Wolves #2): The Space Wolves travel to Galt and a Space Hulk in search of an amulet to save another world from a terrible plague. Great action and descriptions.

Grey Hunter (the Space Wolves #3): Chaos Worshippers have stolen the Spear of Russ. The Space Wolves head to Garm to get it back. Ragnar really shows his worth in this one but another edit would have made this book shine.

I consider this to be the year of Brandon Sanderson, a year where all books read would be written by him. I’ve been hearing a lot about Brandon in the fantasy communities and I figured it’s time I join in on the discussions.

Here are the books I want to read this year:

Check them out and see which ones you like, then join me in reading them and we can discuss their stories. I’ve heard that they are all excellent.