My Top 5 Characters in HBO’s Game of Thrones 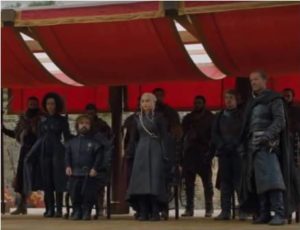 Daenerys and council – Game of Thrones

No matter how much you love a collection, there’s always that favourite piece.

Whether it’s a favourite branch of a franchise, a favourite episode of a series, or a favourite member of a family, something is going to stand out among the rest. And it’s no different with fiction characters.

Of this, television’s epic fantasy based on George R. R. Martin’s masterpiece has no shortage, and they’re all a pretty miserable, despicable bunch.

Yet as we get to know them, some filter their way across from hated to sympathetic.

Who are these special few? Here are my top 5 characters in HBO’s Game of Thrones. 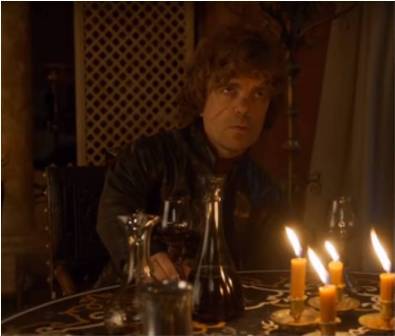 This half-sized shame of the Lannister family starts off as a drunken, whore-chasing smartass who never seems to know when to shut up. But what he lacks in height, he certainly makes up for in brains. Knowledge acquired from reading all manner of literature makes him excellent with strategy and politics.

What I love about Tyrion is his ability to persevere through anything life throws at him, most times without even lifting a weapon. We watch him save King’s Landing at the Battle of Blackwater, get wrongfully charged with killing the King (his own nephew), strangle the whore… ahem… woman he loves, kill his own father, survive the Fighting Pits of Meereen, then ultimately become the Hand to Danerys herself.

That’s a pretty wild resume for someone easy to dismiss as boring. 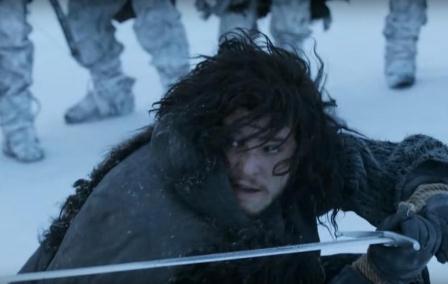 A favourite among the ladies, the Stark bastard establishes himself as a prime swordsman from the very beginning. Sent to the Wall to join the Night’s Watch, Jon’s true adventure begins when the group heads out into the arctic land of the Free Folk.

One of the few people in all the Seven Kingdoms who actually cares about others, I’ve always liked Jon’s harsh but fair way of dealing with life. 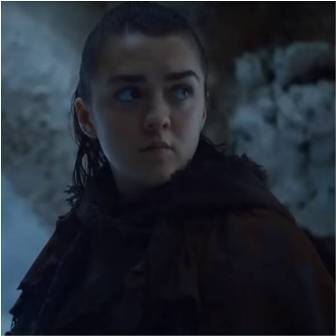 Little, innocent, defenceless Arya Stark. That’s how she starts off.

Arya the little girl who yearns to hold a sword and handle a bow. She travels with her father to King’s Landing, witnesses his beheading, is swept away on a journey where she’s caged, traded, and runs for her life.

Arya the homeless who secures a boat to Braavos, and stands before the House of Black and White. She trains with the Faceless Men, is tormented with blindness and hunger, and chased through the streets by a cold killer.

Now Arya the assassin. She can be anyone, will steal your face, trick you into eating your son’s fingers before slitting your throat. Don’t cross swords with her, don’t be in range of her arrow, and above all else, don’t become a name on her list. 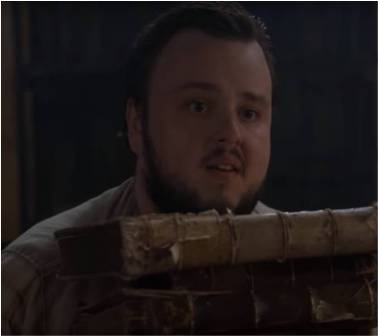 Sent to the Wall so he wouldn’t inherit his father’s assets, Sam is teased by the brothers of the Night’s Watch for being unskilled with a sword, and for his rotund size. It’s a good thing he befriends Jon.

But just because he’s not a fighter doesn’t make him useless. Sam becomes a White Walker slayer while venturing beyond the Wall, then brings an abused girl and her child under his protection. And indeed, he does protect them.

He leads his new family to the Citadel to become a Maester, where his knowledge grows in the great library, cures Jorah Mormont of the Greyscale disease, and learns the key to defeating the Army of the Dead – where to mind dragon glass.

Sam is a true a hero who barely even raises a sword. 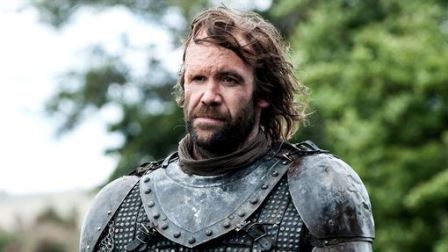 The Hound – Game of Thrones

We first meet Sandor Clegane, also known as the Hound, among the escort of King Robert Baratheon to Winterfell. The bodyguard of Robert’s supposed son Joffrey, this brute of facial burns presents himself as ruthless and cold, unstoppable with a sword, the type that follows orders without thought.

That is, until he abandons King’s Landing, and forces Arya Stark into a trek across Westeros. Though his intensions are for coin, he inadvertently becomes her protector, even her mentor. I loved the chemistry between the companions, one small and unsure about life, the other strong and not giving a shit, both obsessed with revenge.

After some bad breaks, and getting his ass kicked by a woman, he ultimately joins Jon Snow and the rest in the fight against the Night King. But good luck getting him to care, this guy has always had one goal in life – to get back at his brother the Mountain.

So hats off to you, Sandor. For your gritty past, misdirecting motives, harsh retorts, and unstoppable sword swings, you are my number one character in Game of Thrones.

And just to remind you why this guy is so great, here’s a fun video of the Hound roasting people for 5 minutes straight:

Who is your favourite character in Game of Thrones? Let me know in the comments.