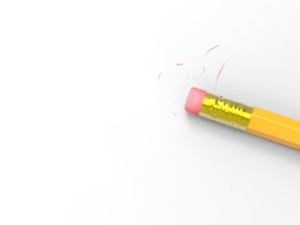 Of course, you can’t reveal the ending, but you don’t want to mislead what the story is about either. Explain the main plot and the conflict.

Don’t include too many details else the reader will get confused. And a confused reader won’t even bother to read at all (not good).

I’ve heard some say that the only name mentioned should be the main character, while others recommend that it shouldn’t even name any characters at all. While I’m no expert, I’m not so sure about that.

But if you’re including the names of characters, make sure it’s on a need-to-know basis.

So how does my pitch hold up to these rules?

I posted it on a forum over at Goodreads to find out, and a couple members were gracious enough provide some feedback. If you haven’t read it yet, click here to check it out (I’ll leave it up until my next post).

You can see that it makes lots of mistakes, and that could contribute to the reason I haven’t found an agent yet (either that or my writing just simply sucks).

As pointed out by MC at Goodreads, it brings up more questions than necessary, causing confusion.

What happened to Gwen? Why did Larsen lose his kingdom? Was it because of Gwen? Was she buried alive? Is Larsen the Sun-God Warrior?

I also introduced 4 characters (Larsen, Gwen, Malik, and thug), a tribe of warriors, and a mysterious gift. The feedback I got was that it was too many characters and it’s hard to connect with any of them.

I honestly thought I aced my pitch, but it still needed a lot of work.

So I pulled out my tools (the thinking ones) and revised.

King Larsen’s entire world shatters when his beloved queen Gwen becomes infected with an unknown illness and dies. Unable to let her go, he loses his will to rule and his kingdom is overthrown. A year passes, Larsen never recovers from his despair and lives as a vagabond close to Gwen’s grave.

When he learns that Gwen never actually died, that her illness only suspends life and a cure is possible by carrying her to the ruinous ends of Desanorbis, he becomes filled with hope again. But Desanorbis is not a welcoming place, and the journey is filled with many who block his way.

The king’s men have been searching for him ever since he was banished from his city. On seeing him, they don’t hesitate to carry out their orders: apprehend on sight, kill if necessary.

Mistaking Larsen for a legend, a tribe of savage creatures go on a rampage. They will kill everyone, they will devour everyone, and their ultimate prize is the flesh of the mighty warrior.

The Slain King, guardian of the ruins, was raised from the dead to ensure that no one passes. Not even an army of thousands has ever been able to defeat it.

Determined to confront them all, Larsen takes Gwen from her grave and rides to the end of Desanorbis driven with the desire to see her live again.

5 Thoughts on “Revising the Pitch for My Novel”