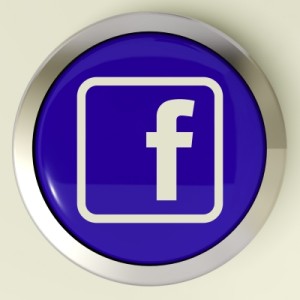 Reason being is that the audience is too broad.

No one’s there for any one specific reason. And if you manage to stumble into a reader (who is not your mother), the chances that they’re interested in your work is pretty slim.

Not the most effective way to market and find buyers, and ultimately readers.

Sure, you can successfully use Facebook to build followers and market a product, but that’s what your blog is for, and it’s so much easier.

Instead of going where the entire world is and trying to conveniently bump into a reader, it’s better to go where your audience gathers.

For a fantasy writer like myself, this would involve actively participating on a social fantasy site like ElfWood, or getting a story posted on a short story site like Daily Science Fiction.

Yet recently, I’ve been on Facebook more than I’ve ever been in my entire life.

A group is where people of common interest come together. So using the New York City analogy, you would actually enter a building where like-minded people gather: your audience.

Here is where the marketing value of Facebook shines. So far, I was able to find (or was invited to) a group of fantasy writers.

We read each other’s stuff, and we have Skype meetings to share our critiques.

Eventually I want to join a fantasy readers group where I’ll start engaging with members, participating in activities, and sharing thoughts on books I’ve read.

Once I’ve got their attention, then I can introduce them to my writing.

Much better than asking everyone to buy my book, right?

So if you actually find me on Facebook, don’t worry, no one has hacked my account. It’s actually me participating in a group.

Just don’t expect me to poke you.

What do you think of Facebook? Are you a fan? Do you use it for something other than Candy Crush? Let me know in the comments.

5 Thoughts on “The Real Purpose of Facebook for Writers”