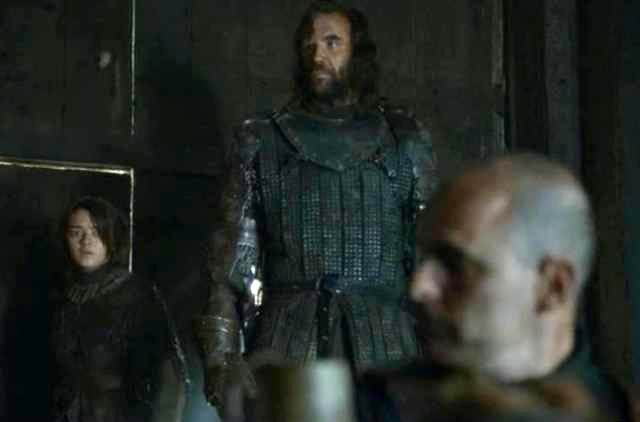 Arya and the Hound reluctantly enter a tavern that’s been taken over by a bunch of Joffrey’s men.

They’re both hungry, plus Arya has a score to settle with someone named Polliver, so they sit at a table and contemplate their next move.

Polliver recognizes the Hound, comes over and starts talking about keeping the King’s peace (in a violent way) and having fun, then tries to convince him to join them on their journey to Kings Landing, doing anything they like to anyone they come across.

The Hound responds with a passionate “fuck the King”. You could imagine Polliver didn’t take that well, and here’s how the rest of it goes down:

Polliver: “When I heard that Geoffery’s dog had tucked tail and run from the Battle of the Blackwater, I didn’t believe it. But here you are…”

Hound: “Here I am. Bring me one of those chickens.”

Polliver: “You got money to pay for it?”

Hound: “Not a penny… but I’ll still take that chicken.”

The dialogue gets better too, with the Hound drinking Polliver’s ale and demanding two chickens, followed by a threat “to eat every fucking chicken in this room”.

That really made me laugh. 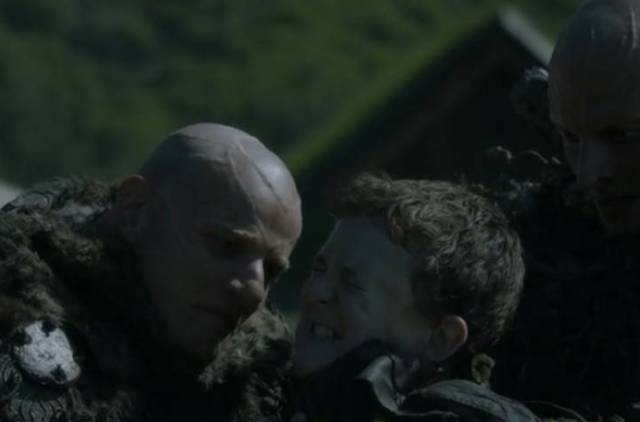 Do you have any Grey Poupon?

The Wildlings roam the land, attacking villages and killing peasants.

A child hides in horror under a cart, watching the entire scene play out. A wildling grabs his ankles, pulls him out and carries him to the leader. Here’s what he says to the child:

Wildling: “You know how to get to castle Black?”

I don’t know about you, but I really hate that guy.

Would you shut up!

While camping in the woods, Arya is calling out all the names of all the people she intends to kill. With the world as wicked as it is, the list is pretty long.

Just wanting to get some sleep, and growing tired of her endless droning, the Hound commands her to shut up.

Now Arya is unable to sleep unless she says the names, so he politely tells her to get it over with. Here’s her response:

Ouch! Talk about ungrateful. Should have just told her to shut up. 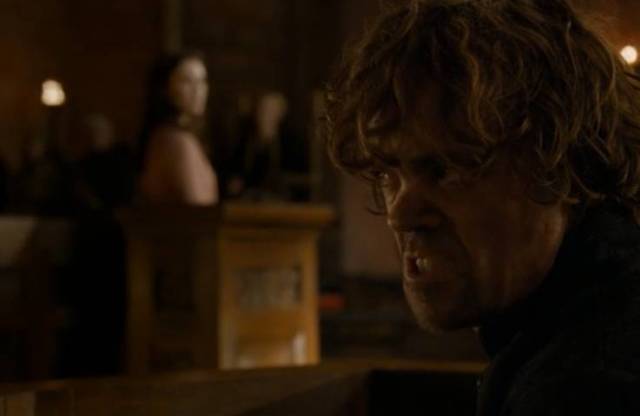 I saved this city! All your worthless lives!

Standing trial for a murder he did not commit, being judged by his own father, Tyrion has never had it harder.

He tries to keep his cool, something he has been terribly good at, until the final straw finally cracked his back: his ex-girlfriend.

After hearing her speak, he confesses to his father Lord Tywin that he’s guilty of being a dwarf. Tywin chuckles and continues:

Lord Tywin: “You’re not on trial for being a dwarf.”

Tyrion: “Oh, yes I am. I’ve been on trial for that my entire life.”

Lord Tywin: “Have you nothing to say in your defence?”

Tyrion: “Nothing but this. I did not do it. I did not kill Joffrey, but I wish that I had. Watching your vicious bastard die gave me more relief than a thousand lying whores. I wish I was the monster that you think I am. I wish I had enough poison for the whole pack of you. I would gladly give my life to watch you all swallow it.”

Hmm, nothing like a good woman to release the tension… ahem… I mean, the truth. 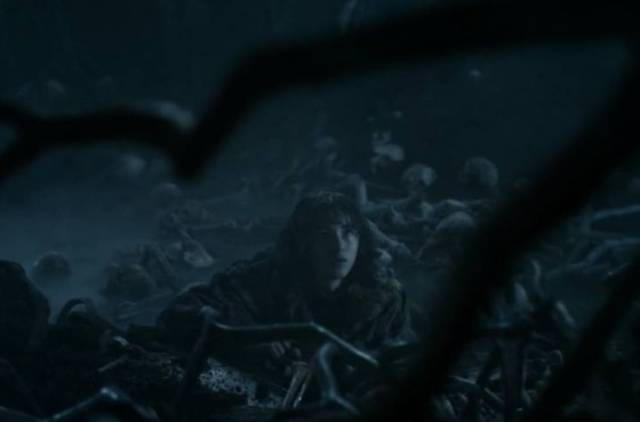 Brandon and his group of weird adventurers are trudging through the icy hills when they get attacked by walking skeletons.

They run into the protection of a cave and venture into a chamber of bones where they encounter an old man entangled in roots.

The old tree-man explains how he’d been watching them the entire time and that Jojen accepted death just to lead them to him. The strange dialogue continues like this:

Brandon: “I didn’t want anyone to die for me.”

Old tree-man: “He died so you could find what you have lost.”

Brandon: “You are going to help me walk again.”

Old tree-man: “You will never walk again, but you will fly.”

So these are my top 5 dialogues from HBO’s Game of Thrones season 4. Did I miss any? Let me know what you think or what’s yours in the comments.

Now excuse me while I go catch up on season 5.