It’s April, and you know what that means?

Season 6 is due to start this month, and fans like me have already watched the trailer, analysed it, and watched it again. I still can’t get the phrase “I choose violence” out of my mind.

So are you ready for some great sword slashing, dragon flying, Jon Snow dying action?

As we anticipate April 24th, let’s take a look back and recap the top 5 moments of Game of Thrones Season 5.

Warning: This article is full with spoilers so read on only if you’ve watched all five seasons. 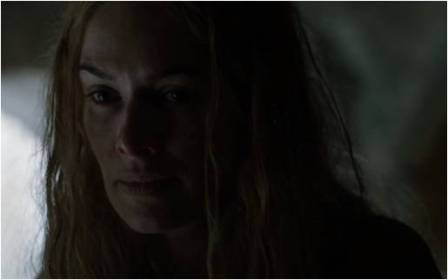 As the bitter, jealous, wicked witch of King’s Landing, Queen Regent Cersei Lannister has been pulling the strings even before her son Joffrey and her father Tywin died. But after approaching the High Sparrow and appointing his army of fanatics to the Faith Militant, those strings tie up in knots… all around her neck.

The Faith Militant goes about the city dealing with sinners the tried and tested way – violence and murder. It’s exactly what she wants, because among those sinners includes Loras, the new Queen Margaery’s gay brother.

But there’s one fatal flaw – Cersei herself is the greatest sinner of the city, having several children with her own twin brother.

So the High Sparrow throws her in jail and deprives her of basic necessities like water.

Cersei confesses her sins, and as atonement, walks the street naked all the way to the Red Keep, all the while people throwing filth and expletives.

Well now she’s more bitter than ever, and she has a new warrior to unleash her anger: Super Mountain.

I’m itching to see this guy in action. 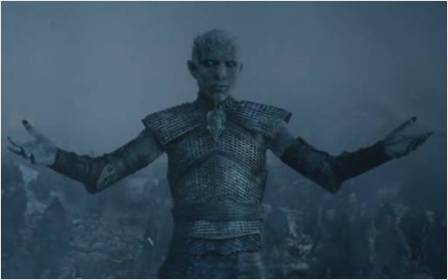 Game of Thrones: the Night’s King raises the dead

The crows, lead by Lord Commander Jon Snow, sail to the village Hardhome beyond the Wall to persuade the wildlings to join them in the war against the white walkers.

The bargaining tool: good farming lands and a new life.

After a great speech, some are convinced, but many are not. That is, until the next morning when the dogs bark, the wind gusts, thunder rumbles, and the white walkers attack by the thousands.

The crows join the widlings in the fight. Most die, but a fraction of the village, including Jon, row back to the safety of the ships.

Then the Night’s King appears, and gives us a glimpse of just how dangerous he truly is… by raising everyone just killed.

The Long Night is coming, and the dead is coming with it.

This war is going to be good. 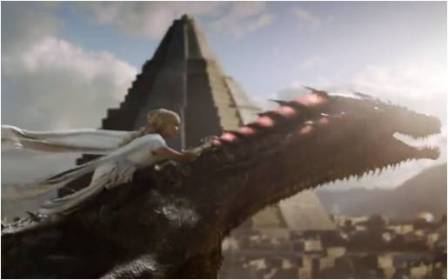 After freeing all the slaves of Slaver’s Bay, Daenerys Targaryen settles for being the ruler of Meereen.

But being queen isn’t easy. The freed slaves complain about no work, the old masters form a cult called Sons of the Harpy, and those damn dragons are burning all the sheep.

So what’s a queen to do? Marry the leader of an ancient family and reopen the bloody fighting pits, of course. After all, traditions are the only thing that holds a city together.

If only she knew one of those traditions involved an ambush.

During the Great Games at the Great Pit, the Sons of the Harpy secretly gather in force, kill all the guards, and enclose to take her life.

Just as all seems lost, in flies the rebellious dragon Drogon, snapping and roaring at the attackers. She climbs on his back and they fly off, leaving poor Daario and the others to fend for themselves. Well, at least the queen is safe.

Drogon takes her to a valley leagues outside the city, with no intentions of taking her back.

I’m not sure how safe she really is, but in the trailer for season 6, she sure doesn’t look like royalty anymore. 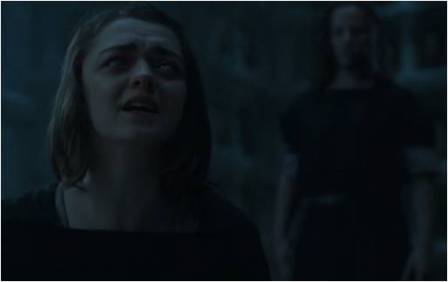 So a girl has a list of doomed men.

And in wanting the skill to kill those men, she travels to Braavos to be a servant of the Many-Faced God, but ends up being hungry and homeless.

A man observes a girl’s persistence and invites her into the House of Black and White. But just because a girl rids herself of Arya’s things, washes the dead, and plays the Game of Faces well doesn’t mean she is ready to be no one, but she is ready to be someone else.

A girl becomes Lanna, an orphan who pushes an oyster cart down to the canals every morning. Lanna turns right onto Ragman Harbor and was supposed to take the gambler’s life.

Only, a girl uses a face from the hall and takes a different life. The wrong life.

The faces are for no one. A girl is still someone.

And to someone, the faces are as good as poison. 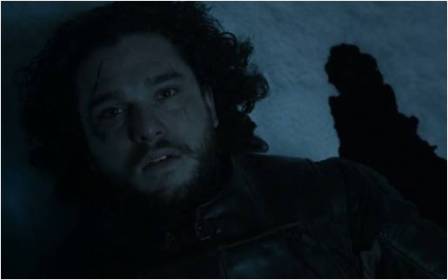 Born the bastard of Winterfell, Jon Snow chose to go to Castle Black and join the Night’s Watch. Having a hard time being accepted by his peers didn’t stop his remarkable rise to the top.

Sam the Slayer said it best – he’s the commander we turn to when the night is darkest.

Now Lord Commander, Jon makes a decision that he knows half the men will hate him for: open the gates of the Wall and let wildlings through.

The plan is considered reckless, foolhardy, and an insult to all the brothers who died fighting the wildlings. But it’s necessary if the realms of men are going to survive the white walkers.

Most of Castle Black doesn’t agree, so much so that they lure Jon into the night and kill him.

Not to worry. Jon’s body gets so much air time in the trailer for season 6 – lying in the snow, lying on a stone slab, lying before Davos – that it’s obvious they have big plans for him.

So these are the top 5 moments in Game of Thrones season 5. I’m really looking forward to seeing what happens with Arya and Cersei. What’s your top moment? And what are you looking forward to in season 6? Let me know in the comments.