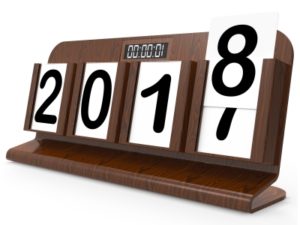 The main novel Guardian of the Cursed Crown is about two thirds revised. Actually I would have been finished by now if my editor Jesse hadn’t done such a great job in pointing out all the issues with the story. Now everything about the book – the story, the world, the characters – have evolved light years ahead of my imagination, to a point where sometimes the characters seem to smack my fingers when there’re going off course.

I sometimes wonder if I can do this, thinking maybe I should just quit. But I’m already committed so that’s not going to happen.

So I’m hoping to finish revising the main novel (which involves a second round of editing to capture inconsistent story elements) by October. Then while Jesse is looking that over, I’ll switch to the short story collection. Hopefully Jesse will be finished with the novel by February 2019 or so.

Then it’s the last round of editing. Based on the novel length, this will take another 12 months before finally publishing.

Yes, readers. Realistically, I’m predicting that Guardian of the Cursed Crown will be published in 2020. As for the short story collection, I think I’ll release those one at a time in 2020 also, but that’s not my main focus.

All this novel editing has really slowed down my blogging. I posted only 8 articles last year, and it’ll probably be the same in 2018. I didn’t do any guest posting, but I want to do at least one before this year is over.

Guest posting is important because when the novel publishes, I’ll have to do a blog tour to get the word out, and that will be much easier if I’ve already established relationships with other fantasy blog leaders.

I tried something new with my reading, where I’m now adding themes to my yearly selections. Last year the theme was Brandon Sanderson, where every book was written by that author.

Here are the books I consumed:

The Final Empire (Mistborn #1): The young street urchin Vin struggles to survive in a dystopian city where ash falls from the sky when she meets the bandit expert Kelsier. She joins his band and together they plot the impossible – take down the Lord Ruler and the Final Empire. Words cannot express how much I enjoyed this book. Truly a masterpiece.

The Well of Ascension (Mistborn #2): Vin joins up with her lover Elend Venture to rebuild the empire, but other great cities desire its rumoured riches. And so three great armies settle outside the city walls. Elend believes all can be solved with diplomacy, but Vin has another solution – the Well of Ascension. A great story but a huge amount of politics slows the pace, keeping it from being as enjoyable as book one.

The Hero of Ages (Mistborn #3): The end of the world nears as the god Ruin stifles the air with ash. Vin, Elend and their team must figure out how to stop the destruction of everything. But Ruin’s manipulation of the world stretches far beyond their imagination, and just surviving another day is a struggle. An excellent end to this awesome trilogy.

Secret History (Mistborn #3.5): A companion story describing key hidden events that took place during Mistborn 2 and 3. Not as much fun as the original trilogy but still a good extension to the Mistborn world.

Awakening (Infinity Blade #1): After defeating the God King, something countless generations before had failed, Siris searches for the Worker of Secrets to unravel the mystery of the Infinity Blade. This is based on a game I loved, but sadly it’s good in name alone. Instead of an entire story, it’ just a continuation from the game with bland world building and terrible character motivation.

Redemption (Infinity Blade #2): Siris and the God King must work together if they are to defeat the Worker of Secrets and prevent the destruction of all things. But first they have to stop killing each other. Another continuation of the second Infinity Blade video game. I didn’t expect much after book 1 so I wasn’t disappointed with the dull story, but it was still fun to learn the origin of the Deathless.

Elantris: After becoming an Elantrian, Prince Raoden is thrown into the rotting city of Elantris and pronounced dead, a normal custom of his home city. While he struggles to survive, his wife Sarene tries to navigate dangerous politics of the court, prevent a zealot from destroying the city, and solve the mystery of her husband’s disappearance. While it had just a bit too much politics, still a fun read with a fascinating magic system and great religious concepts.

The Emperor’s Soul: The forger Shai is blackmailed into creating a new soul for the assassinated emperor. With explanations of soulstamps and seals and markings, this book has the most complex magic system I’ve ever encountered. A pleasant story but way too much politics, something I started to realize is a theme with Brandon’s stories.

Arcanum Unbounded: The Cosmere Collection: A collection of stories from various worlds of Brandon’s Cosmere universe. I like that each begins with an explanation of the world’s solar system and culture. My personal favourite is Sixth of the Dusk. The loner trapper Dusk survives on a deadly island by choice only to find people are trying to setup civilization and destroy everything. I really wish Brandon would develop a full trilogy out of this one, with a little politics of course.

Warbreaker: Siri’s life is shattered when she’s suddenly sent away to marry a god while Vivenna sneaks away to the city to stop a war, and get back her sister. Meanwhile the gods enjoy fruity drinks and wonder who murdered their priests. Another intricate magic system involving colour. This one started off interesting but the pace drags a bit in the middle.

This year my theme is science fiction, and I’ve already outlined 11 books in my Goodreads 2018 reading challenge.

Here are the books I want to read this year:

Check them out and see which ones you like, then join me in reading them and we can discuss their stories.