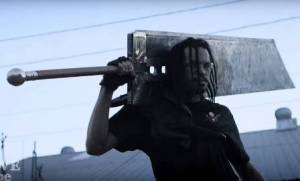 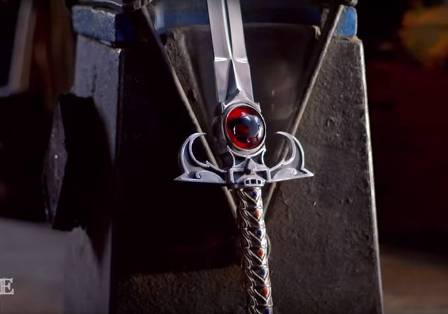 While this real version certainly wasn’t forged from the blood ore of the Plun-Darr Star System by a mystically endowed blacksmith, you’ll still be able to kick Mumm-Ra’s mummified ass.

Frostmourne: Wrath of the Litch King 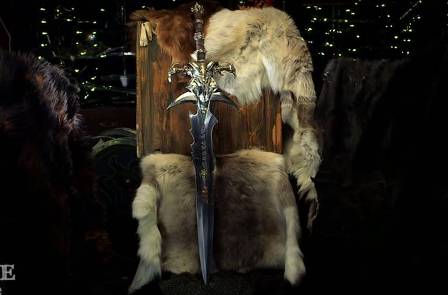 Protected by revenant guardians, Frostmourne is the runeblade that the Litch King Ner’zhul thrust from the Frozen Throne prison into the icy wasteland of the continent Northrend hoping for a potential victim to discover.

It’s a large and powerful sword that shatters most weapons it comes in contact with, slices through opponents with minimal resistance, and drains life from its victims.

I’d be careful of even touching this soul-sucker, for things didn’t go well for Prince Arthas when he tried to use it.

That is, unless you don’t mind killing your father, betraying your friends, and destroying your kingdom.

The Master Sword is the recurring legendary weapon of every Zelda game since it first started back in 1986. It’s capable of repelling and sealing all things aligned with evil.

The very concept of a Zelda game without this sword is digital blasphemy. So much is this sword an icon to gamers that IGN rated it the number one video game weapon of all time.

While this real version probably won’t shoot energy blasts when you’re fully charged, you can still take it with you and face the world because it’s dangerous to go it alone. 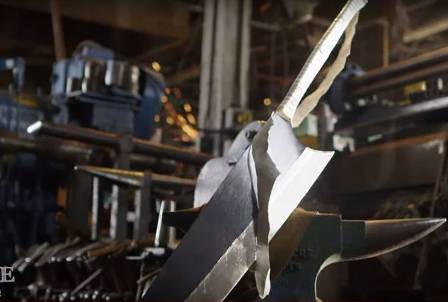 That’s the first thing that came to mind when I laid eyes upon this real Zangetsu, a massive blade owned by the Temporary Soul Reaper Kurosaki Ichigo.

One wave of this sword will send Hollows, Quincies, and Espadas running for cover. Aizen, look out.

Just don’t forget to send those lost souls to the “paradise” Soul Society, and I use the word paradise loosely.

Now that you’ve got your awesome Zanpakuto, go save Rukia… again.

The first time saw the Buster Sword in Final Fantasy VII, I was literally offended that a sword could be that huge. And seeing the scrawny arms of its wielder Cloud fueled the confidence of little nerds like me the world over.

This massive sword looks nothing short of awesome.

Good luck trying to hold this six foot long monster, because it weighs about eighty pounds. But if you could somehow manage to swing it in battle, the blade would be unstoppable.

Unless you come across Sephiroth, in which case you’re screwed.

So those are five ultimate fantasy weapons they actually made. Which one would you reach for next time you encounter your arch nemesis? Let me know in the comments.

2 Thoughts on “5 Ultimate Fantasy Weapons They Actually Made”